Through the use of sound and body movement the performance builds an image of masculine and feminine unity within a single body. The starting point is the chimeric image of the Buddhist goddess Kuan Yin, whose name means “She who harkens to the cries of the world." Initially Kuan Yin was portrayed as a male and after the introduction of Tantric Buddhism to China she was depicted as female. The performance expresses an embodiment of bodhisattva (enlightened being), who is able to change shape continuously between woman, man, animal, plant, etc. 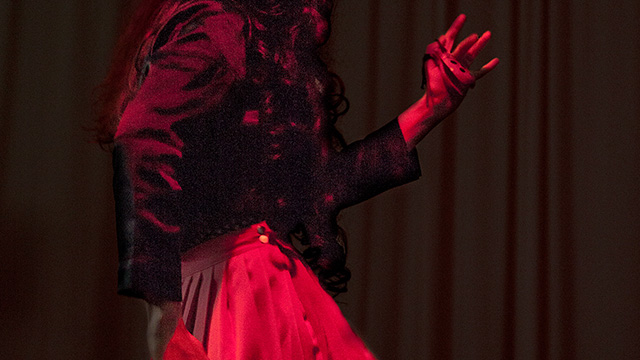 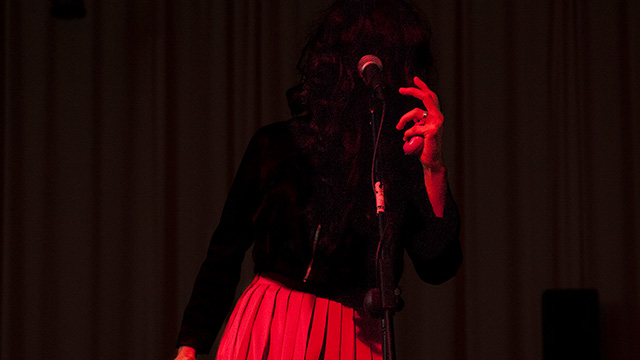 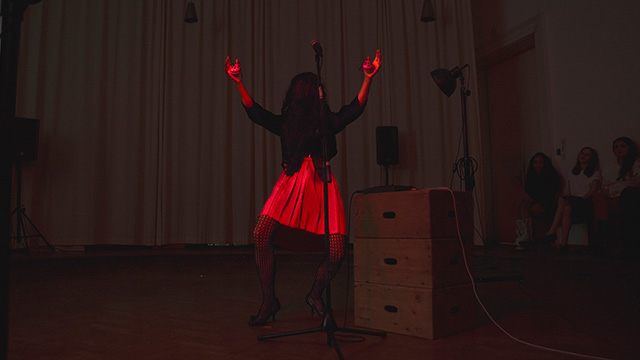 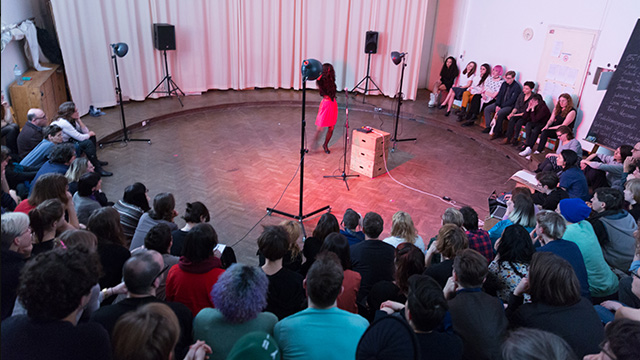